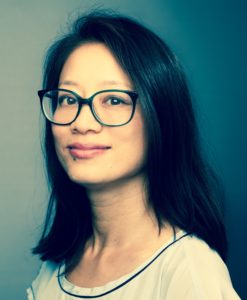 Josephine Yeh, J.D., moved with her family from Taiwan to California when she was eight years old. Not knowing a word of English on her first day of school, she quickly learned how to adapt, persevere, and excel in her new surroundings – a life skill she would later impart to her own students.

Josephine’s achievements reinforced her conviction that performance excellence – both on stage and in the classroom – is more than raw, innate ability; emotional regulation and strategic practice play a much larger role than commonly held. Based on these insights, as well as thousands of hours of coaching test preparation and her ongoing research into developmental and educational psychology, performance training, and neuroplasticity, Josephine created a successful and dynamic learning model emphasizing self-awareness, resilience, and deliberate practice. With over 20 years of strategic problem solving experience, she became a highly sought-after mentor throughout Manhattan and Brooklyn, working with high-performing students from the city’s most competitive schools.

In 2009, Josephine established her own boutique academic mentoring and test preparation business. She continues to maintain an exclusive clientele in order to provide exceptional mentoring and personalized attention to every family she assists. In response to the 2020 pandemic and emergence of online testing, Josephine adapted her learning model to incorporate one-on-one virtual sessions, expanding her work to Europe and Asia.

Josephine splits her time between Brooklyn, New York and Mill Valley, California. When not mentoring, she loves to trail run down rocky slopes, explore remote regions of the world, and finetune her recipe for the perfect fish taco.